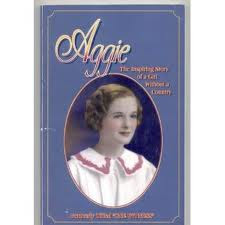 A few weeks ago, I finished reading the book, “Aggie: a girl without a country.” I had read it many years ago, but the recent reading affected me in a profound way. The first time I was inspired and awed by the story of a little Norwegian baby who was left orphaned in the Belgian Congo by her missionary father. He left the country a widower, bitter and faithless.

Recently as I read the book,  I thought of several friends whose faith has failed. They were my peers: pastors, missionaries and lay ministers. When they reached midlife, it seems their theology fell apart, and they abandoned the very faith they had built their lives upon.

I can relate to disillusion and anger we feel in life. I lived with the deep undercurrent of frustration for many years. While my friends were all in Bible School, I spent most of my young adult years angry with God and the church. I had no interest in its seemingly empty creeds and doctrines. I explored the world’s alternatives and pleasures, and in the end they left me bankrupt. I decided I'd rather live this life, its pleasure and pain, with Christ rather than without Him.

I’m grateful for the book I read soon after I made that commitment. I was living in Texas, and for my thirtieth birthday I took myself on a personal retreat. It was in a tent near Fredericksburg, Texas that I read Oswald Chamber’s book, “Baffled to Fight Better” – a study on the life of Job. 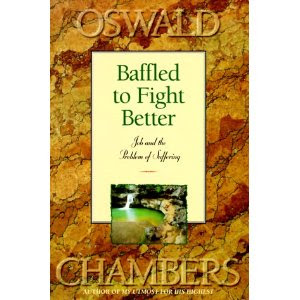 The words that stuck with me most was the quote, “Job had an implicit hold on God, not an explicit hold on God.” When all of Job’s pre-conceived ideas and creeds fell apart, he never lost faith. For a lifetime Job had been faithful and true, yet his world still fell apart. In the midst of the storms, he made bold declaration. “The Lord gives and the Lord takes away - Blessed be the name of the Lord.” “Though he slay me, I will serve him.” While his friends quoted creeds and theologies, Job held on to the only truth he knew, “I know my redeemer lives.” *

As I observe the lives of friends who have abandoned their ministries and faith, I think perhaps they too lost their explicit hold on God. When life and theologies no longer made sense, all they could do was drop out of the battle. Perhaps their struggle was for a kingdom and not the King. I do not think this is the end of their stories. Every day I pray they will have a face-to-face encounter with their King 'who is the lifter of their heads.' *

I want my faith to be strong enough to handle the "if nots." As the three Israelite boys in the book of Daniel said. “Our God is able to save us, but if not, we still will not bow down.” As the apostle Paul said, “I want to know him, the power of his resurrection and the fellowship of his suffering.” I refuse to ask for one and hope to be exempt from the other.

May we be so baffled by His presence that we will fight better. "May His Kingdom come and His will be done on earth as it is in heaven."

Email ThisBlogThis!Share to TwitterShare to FacebookShare to Pinterest
Labels: Aggie: a girl without a country, battle, Faith fails, if not, Job, Job 1:21, Job 13:15; Job 19:25, Psalm 3:3, Redeemer, suffering, the lifter of our heads